Ever since the gaming industry introduced electronic video slot machines and subsequently other electronic gaming formats, the game designers have been in pursuit of that next best irresistible game that will attract and intoxicate players from all demographics to try their luck on the next spin of the wheel.

We need a Safeguard for both: the Player and the Casino

Many of today’s players, having weaned from their Sega, Nintendo and Xbox systems, now expect the same immersive experience with casino games as well as bigger bonus payouts. While the game developers are keeping pace with this demand, in the background is the increasing need to develop security measures (covering both hardware and software cyber security), that will safeguard both the player and casino operator to ensure accurate transactions for each party.

For the operator, there is the need to ensure accurate payout to players while at the same time preventing player fraud and revenue loss. Electronic measures including RFID chip readers, micro surveillance cameras to capture and track cards being dealt, along with player tracking and video analytics all work towards building a trusted playing environment. However, during each phase of the payout / reward redemption there is the opportunity to have the transaction link breached at which point electronic theft of both funds and player identity can occur. 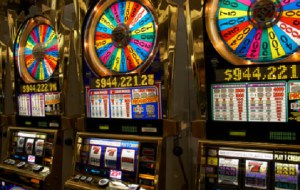 Player Fraud and Revenue Loss: fortunately Developers are one step ahead

All of the gaming companies are keenly aware of this threat and invest millions annually to prevent such occurrences from happening as hackers work 24/7 to penetrate gaming systems to steal money and gaming IP.  Thankfully many of the silicon developers, system designers and software game developers keep one step ahead of the would be thieves by incorporating security encrypted algorithms, complex software firewalls and secure network connections that allow authenticated trusted communication from the gaming machine through the gateways to the back end servers.

I can imagine that many of the players in the casino never stop to consider the challenges associated with secure gaming – but then again, why should they? They are there for entertainment and fun and that’s a bet worth taking!