Certificates, Keys and Hashing - Some Insider-Basics 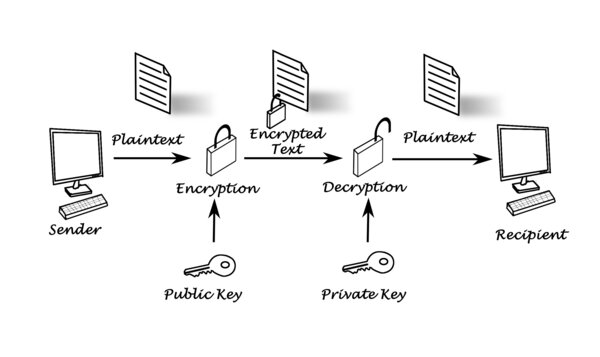 With this blog, we reached the middle of my security series - some problems were pointed out and solutions were given. Let´s now look a little bit deeper into the topic and let me explain in my words (I promise to keep it crispy) some basic security mechanisms. And after that - within the next post - we will see, how these mechanisms are involved and in which solution they are integrated.

Nearly all common asymmetric encryption is based on prime numbers, because – don’t worry, I spare you the details – the basic thought is, that since it is a prime number there is no smaller divider, so a brute force attack cannot happen (by using a small divider). So, if an attacker is trying to brute force a key, he or she would need to compute a lot of big numbers, which is making an attack very inefficient.

Another important credo: One key is good, but 2 keys are better. The thought behind this is: Where parties communicate, a key basically consists of two keys: a private and a public one. As the name suggests, the public one is known by everybody, allowing everybody to encrypt a message of the owner of the corresponding private key (which decrypts the message).

Also an important term: Certificate. Basically, a certificate wraps some meta information in a key (in most cases the public one). A key can be bound to e.g. a different key, allowing to build hierarchies, while other information can be an internet URL or the information of a file.

This (public/private keys + Certificate info ) has already big impacts and side effects:

Some sad truth and the reality:

Invented for that device-to-device-communication, certificates and other security mechanism have found their way into the hardware of todays embedded system- how they are integrated, I will cover within my next two blogs.