Dealing with the planet in a sustainable way concerns us all. Do we have to say goodbye to private transport for climate protection? 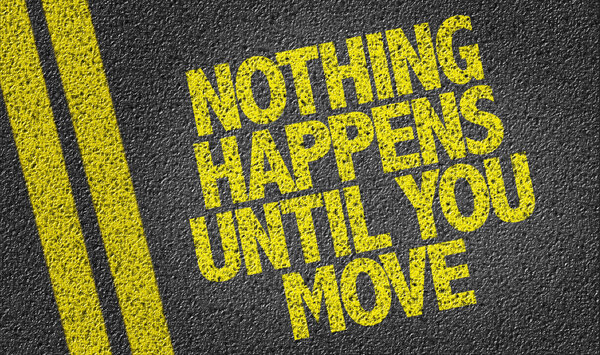 Global warming, floods, heavy storms - the signs of climate change cannot be ignored. Dealing with the planet in a sustainable way concerns us all. The participants at the UN Climate Conference 2018 in Katowice, Poland, also agreed that global warming needs to be slowed down.

In addition to economy, individuals should question their behaviour also. This starts with more sustainable consumer behaviour and extends to the transport sector. In order to significantly mitigate climate change, the world must rethink its transport systems. We need self-driving cars, electric drive systems, digitally networked vehicles and car sharing. However, electric cars on the roads are still rare, self-driving vehicles are still in the test phase, and car sharing has not yet become a mass phenomenon. As a result, CO2 emissions continue to rise.

The tenor of an article published by Siemens on the topic of "Mobility of the Future" is that the transformation of traffic, whether on our roads, railways, waterways or air routes, must be accelerated in order to bring about a turnaround. If the global community wants to significantly reduce greenhouse gas emissions in this century, action must be taken, because transport is the world's second largest producer of greenhouse gases.

The will to reform exists

The will to reform is present in many countries. This is also evidenced by the ratification of the international climate protection agreement, signed in Paris in 2017. According to estimates by the Paris Forum Process on Mobility and Climate, humanity will be able to reduce transport-related CO2 emissions from today's seven billion tons to three to four billion tons by 2050. In addition, the agreement aims to fully decarbonize the global economy by 2100.

The rapid implementation of the agreement, however, is hampered by various factors. Low-emission transport, for example, costs a lot of money. Tax incentives for the purchase of electric cars and bans on the registration of new vehicles with combustion engines are also not advancing the issue fast enough. Moreover, a changeover makes little sense if the electric motors or hydrogen-powered drive systems of the vehicles use electricity that is not generated by low-emission systems. However, many countries will not be able to do this in the medium to long term.

Whatever way you look at it: a central solution for global transportation is first and foremost the reduction of individual traffic. It is not only politics and industry that are called upon to do this, but every individual must rethink and possibly abandon habits they have grown fond of. Valentin Scinteie, Transportation Manager at Kontron, has already dealt extensively with the problem in the blog in 2018 and points out various solution models here.

One approach is local transport, that does not stop at the borders of cities, but also reaches rural areas in an attractive way. Alternative working models, such as home office offers or co-working in residential areas, are further measures. The formation of fixed car pools or ridesharing models can also contribute to environment-friendly mobility in the future.

Ridesharing is a comparatively new alternative that is enjoying increasing popularity. The destination is specified by app, and the ridesharing vehicle then picks up other passengers with the same or a similar direction of travel on the way. According to a survey by the digital association Bitkom, every second respondent in Germany (46 percent) is interested in ridesharing offers. Thanks to digital technologies, providers can create optimal routes and thus offer attractive services. Ridesharing could, for example, complement classic public transport by bus and train. This is cost-effective and environment-friendly. Ridesharing would also be helpful in rural areas, where public transport is often insufficient.

Future-oriented mobility concepts are also an issue for the industry. At this year's CES technology show in Las Vegas, for example, Bosch presented an autonomous e-shuttle that can be integrated into ridesharing systems. Other German companies will also be present at the US show with modern transport projects. Schaeffler, for example, presented the bio-hybrid concept, an electrically assisted four-wheel vehicle with pedal drive, that can be used for transporting people or goods. HERE Technologies also presented a solution that enables autonomous vehicles to develop intelligent driving strategies using high-precision maps.

Modern traffic concepts based on digital technologies have been a central topic at Kontron for some time now. In his blog post, Valentin Scinteie emphasizes the importance of fog, edge and cloud computing, in which open standards are used. This gives transport companies the opportunity to develop forward-looking transport concepts, that can be flexibly adapted to demand situations.

The basis for this could be IoT gateways that enable fog, edge and cloud computing, as well as BigData analyses as basic elements. Based on these values, flexible and individual infrastructures can be set up in the cities to enable "Mobility as a Service" (MaaS). In the future, integrated software applications will make it possible to use autonomous vehicles or eBikes, for example, to set up diversified public transport systems. This creates more flexibility and scalability to implement transport systems that meet individual needs. The trend towards Mobility as a Service (MaaS) is unstoppable, as it allows integrated, multimodal transport worlds to be created, that meet future requirements. Detailed information on modern transport concepts can be found on the mentioned Kontron blog article at this link.

What is your assessment? How will transport develop in the future? Do you believe that we people with a more sustainable life and alternative transport concepts can slow down climate change?