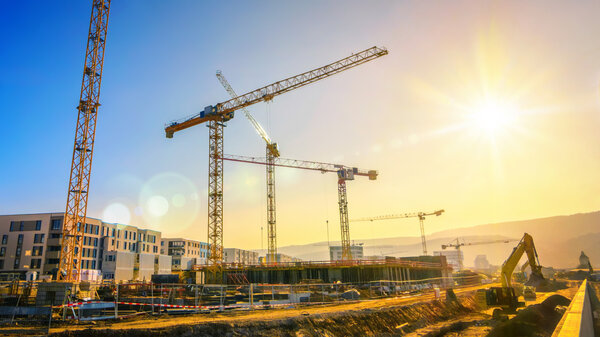 When we think of autonomous vehicles and machines, what automatically comes to mind is Waymo, Tesla, Volvo, or any leading car manufacturer out there in the race to build fully functional driverless automobiles. There are many other industries however, incorporating autonomous technologies to their solutions in the hopes of making processes run more efficiently, faster and safer for all.

Autonomous machines are beginning to make waves in the construction sector with promising developments underway. Smart Construction is now a term widely used to describe the intelligence autonomous technologies bring to this space, particularly to construction equipment. In terms of automation levels, these machines would qualify anywhere from Grade 0 to 5; with Grade 0 being zero automation, and Grade 5 being fully automated.

Thanks to key technological advancements such as Internet of Things (IoT), Artificial Intelligence (AI) and autonomous technologies, semi and fully automated equipment is on its way to transforming the way construction sites and the people on them work, in the 3 following ways:

Internet of Things (IoT) is changing the manner in which construction sites function in impactful ways. The safety of workers has always been a primary industry concern and IoT is revolutionizing safety management for companies worldwide by interconnecting devices for simplified site monitoring. Installing IoT sensors in devices such as heavy machinery, equipment, and even on employees’ clothing helps supervisors track the location of their machines and people, at all times.

Although the construction sector in general has been slow to implement advancements such as these, many construction companies are now realizing that real-time data can reduce future work-related accidents/injuries and ensure a safer environment for individuals on worksites. Leveraging predictive analytics is proving to not only create a safer work environment, but also substantially increase ROI. Similar to the Autonomous Vehicle (AV) market, autonomous robots reduce driver errors and unlike humans, never tire.

Optimizing efficiency using automated equipment can greatly increase both the speed and quality of the work. This is partly due to sensors being able to read which machines are operating at peak performance for example, and which ones require less fuel. In turn, equipment lasts longer, processes become more fuel efficient, which saves the company money.

Another good example is resource allocation. By programming robots to do mundane tasks, construction workers can see the bigger picture and focus on how to improve the work, rather than on simply how to do the work.

Artificial Intelligence (AI) solutions are beginning to make construction smarter by automating many of the repetitive tasks that create costly delays. For example, using AI to manage schedules, projects and budgets adds a layer of control over employees, business processes and financials. AI can also be used during the pre-construction phase, such as in designing and planning which eliminates design flaws later on, once again saving the company money.

Accelerating the speed in which projects are completed, with the help of autonomous equipment means higher employee and customer satisfaction and of course, more job wins.

It’s no surprise that the future of construction is digital

According to a report by The Business Research Company written in July 2020, the top trends shaping the autonomous construction equipment market include Artificial Intelligence (AI), Internet of Things (IoT) and High-Resolution Imaging Radar Sensors. It suggests how manufacturers should consider investing in both IoT and AI technologies to boost productivity of their machinery and improve the safety of employees on-site.

It is no surprise that the future of construction is digital. Leveraging autonomous technologies will indeed change the construction landscape in more ways than one. There is concrete (pun intended) evidence that using semi and fully autonomous equipment for jobs such as material handling, earth moving and road construction increases safety, efficiency, thus improving profitability.