TSN - time to get sensitive about the IIoT TSN technology and Kontron give developers the edge

The Industrial Internet of Things (IIoT) is one of the most challenging application spaces to design for. Creating the next generation of intelligent industrial systems requires developers to juggle demands from customers, management and the marketplace, not only on price, but also performance and functionality. At the same time, for ensuring low latency and greater user functionality, servers increasingly need to be at the edge close to the factory floor or in the field rather than in remote server farms.

This is where rugged embedded computing solutions come in, such as those based on the SMARC™ (Smart Mobility Architecture) and COM Express Computer-on-Modules standards. Combined with Edge and Fog computing technologies, these allow developers to have much more processing power and scalability at their disposal, and the flexibility to control, compute and connect multiple applications. 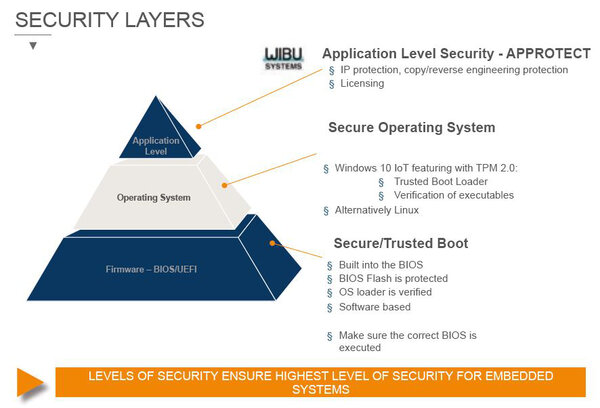 Figure 1. Computing at the Cloud, Fog, and Edge levels.

There’s also another exciting technology on the horizon and certainly worth considering when developing your next generation IIoT applications. Called time sensitive networking (TSN) it started life in 2012 as an IEEE 802.1 working group. TSN defines a way of networking to ensure very low transmission latency and high availability of all participants. It’s a Layer 2 Ethernet extension designed to make Ethernet-based networks more deterministic and was originally intended for real-time audio and video streaming. However, it also delivers an extremely efficient way of networking in the new IIoT world and is quickly emerging as a key technology for connecting various control systems in real-time.

Three good reasons why TSN is worth a closer look:

All devices participating in real-time communication must have a common understanding of time. While this can be done with an internal clock it can be cost-prohibitive. Using the IEEE 1588 time synchronization eliminates the need for any extra clocks or any extra signals, as the time information is distributed throughout the whole network with this protocol.

This is where all devices need to adhere to the same rules in processing and forwarding communication packets. Already a known concept from the telecom market, it means there are different slices for different traffic classes, allowing you to give a certain packet a different class, or a certain priority.

Together these key TSN functionalities result in all participants talking on the same time level with very high availability on a low transmission latency network.

So why do we need TSN?

Recent comprehensive research by Markets and Markets estimates that the time-sensitive networking market is expected to be worth USD 606.0 Million by 2024, at a CAGR of 53.8% considering that it will get commercialized by 2019.

The study looked at the market for TSN based on application, segmented into industrial automation, power and energy, automotive, transportation, oil & gas, aerospace, and others. It found that one of the reasons for the increasing adoption of TSN technology will be the growth in manufacturing and IIoT applications.

All things considered, TSN is seen by many in the industry as a major breakthrough for the IIoT. It delivers a single, reliable, Ethernet-based network capable of scaling on demand with determinism and higher bandwidth.

Clearly, the increasing interest in TSN is because of its huge future role in solving the growing requirement for latency, synchronization, conformance, availability, and QoS. Even infrequent delays are unacceptable in control systems deployed on modern production lines. But manufacturing systems have typically been deployed using non-standard network infrastructure. This has made devices and data much harder to access and forms a barrier to deploying an Industrial IoT solution which must be able to consume data anywhere throughout the infrastructure.

What are the benefits?

TSN is not only a good technology for new installations and new builds (greenfield), it can also be used to extend existing installations; bringing real time capabilities to the 2nd level of the factory (fog computing with real time); and allowing the extensional use of existing field bus implementations (brownfield).

It now becomes entirely possible to architect distributed systems that pretty much eliminate the uncertainty of network traffic jitter, allowing real-time systems to scale beyond a single unit. And because TSN is a set of open standards and more and more hardware is being made TSN-capable, off-the-shelf solutions are becoming available for building robust IIoT solutions.

As well as real-time control and synchronization of high performance machines on a single Ethernet network, TSN supports multi-vendor interoperability and integration. It therefore allows critical control applications such as those necessary for robotics, drive and vision systems to also connect to the IIoT. This level of universal connectivity will enable customers, suppliers and vendors to more easily access data for carrying out preventative maintenance and optimization routines on these types of systems.

Ethernet with TSN Vs Ethernet

Ethernet with TSN adds to existing Ethernet mechanisms for Quality of Service (QoS) (including bandwidth reservation), synchronization, low latencies, and redundancy. It also adds determinism and robustness, meaning different traffic classes (e.g. best effort vs. scheduled) can reliably share a single wire. And because it scales across transmission speed it works equally well with both 100Mbit/s and 1GBit/s.

In practice, applications signal their communication requirements on the network and are then guaranteed the requested QoS from the network. The various connections run in streams and can count on bandwidth protection thanks to resource allocation in the memories of Ethernet switches. Each of these streams can be in real-time, making it possible to run multiple real-time protocols simultaneously on a single network. By comparison today’s Ethernet-based real-time protocols only allow one real-time capable protocol.

It’s time to get ahead!

With TSN and Kontron’s commitment to harnessing its many benefits, there’s an exciting future ahead for those at the very edge of industrial IoT solutions development.

Kontron already offers a network card based on PCI Express to bring any computer system directly into a TSN network. And by the end of this year Kontron will have a low power SMARC module with integrated TSN capable Ethernet. It will be much more cost efficient than existing dedicated solutions on the market right now. Watch this space for more news about this exciting new development!

Without doubt, TSN is the future in industrial automation. And with Kontron you can always be sure of being ready for designing and developing the industrial solutions of the future.

For more on Kontron’s range of SMARC Computer-on-Modules visit our site.