The RoboKeeper: the technology behind its reflexes 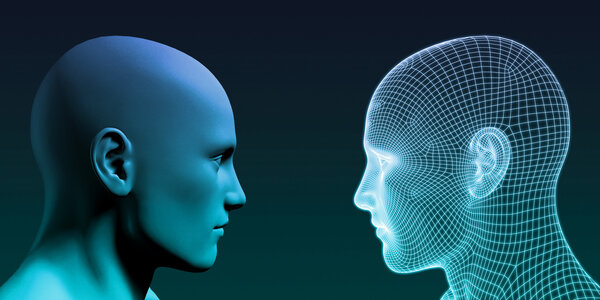 The RoboKeeper is on everyone's lips this summer as the new star in goalkeeping. Messi, Neymar, Ronaldo - all failed because of him. No wonder, because the RoboKeeper probably has the fastest reflexes in the world. And all this without loosing his nerves or any physical impairment. The RoboKeeper always operates at his absolute performance peak level and thus has a clear advantage over its human counterparts. But how does the robot do it? 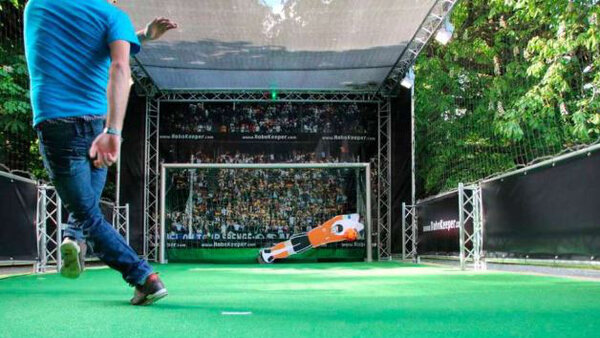 The RoboKeeper, a development of the Fraunhofer Institute for Material Flow and Logistics, can parry penalty shots at a speed of up to 100 kilometres per hour. The pure flight time of the ball at this speed is approximately 360 ms. During this time, the expected trajectory and the point of arrival of the ball at the goal must be extrapolated. In addition, the complete movement of the goalkeeper, including all acceleration and deceleration processes of the motor, must be completed to prevent a goal.

The Robokeeper: His 'brain' makes him an exceptional talent

Needless to say, this only works with sophisticated technology. The brain of RoboKeeper consists of hardware and software. Instead of human eyes, for example, the robot has a fast image processing system. This consists of two cameras mounted laterally above the goal, each delivering up to 90 frames per second. The captured images are transmitted without delay via two Gigabit interfaces and then evaluated by image processing software on a high-performance Emcomo industrial PC based on the Kontron KBox A103. 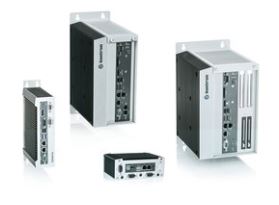 The KBox has a fast Intel Atom E3845 processor with a clock frequency of 4*1.91 GHz, up to 4 GB RAM main memory and up to 16 GB onboard flash memory. The quad-core processor architecture allows parallel image processing. For all subsequent calculations, i.e. the measurement and calculation of the trajectory, the determination of the necessary position and the control of the engine, the Robokeeper requires only a phenomenal tenth of a second. Instantly, the Robo goalkeeper is correctly positioned and - most likely – fends off almost any ball with ease. Kontron's KBox has been specially adapted for use in RoboKeeper. A CF card reader with connection to SATA, a third Ethernet interface and a CAN controller (Mini PCIe) as fieldbus interface have been added. The RoboKeeper system is based on Fedora Linux.

Most professional goalkeepers impress by a stable, athletic physique that protects against injuries and increases assertiveness. It may not look like it at first glance, but the RoboKeeper is in no way inferior to its human colleagues. The hardware built into the RoboKeeper was specially designed for event use. Frequent assembly and dismantling, rainy weather, difficult lighting conditions or electromagnetic radiation - no problem for the 4.3 kilogram light RoboKeeper. In order to be able to parry even the hardest shot without damage, no moving parts such as fans, rotating mass storage devices or socketed components that could come loose in the game had to be installed in or on the robot. A safety PLC ensures that no one is accidentally caught and injured by the robot.

The RoboKeeper enjoys growing popularity at numerous events and can now also demonstrate its skills in ice hockey and handball. You don't have to be a visionary to predict that robots will challenge us in other sports in the future. Outstanding performance can be achieved not only through talent and years of training, but also through technology. The duel between man and machine will surely captivate our imagniation in the coming years - in the case of the RoboKeeper with a clear favourite for victory!

Duels Man vs. Machine - what new sports and competitions would you be interested in?

We are looking forward to your ideas!