SMARC 2.0 – The Next Generation

The Internet of Things (IoT) has become an integral part of our daily lives, which have become extremely “smart” by now. Technological progress and the interconnections between humans and machines that come with it are visible everywhere. They make our private and professional lives easier: Many activities such as controlling a machine or what is in the fridge are now easily possible from a laptop or a smart phone. However, digitalization also challenges vendors to connect numerous devices with different technological requirements. This is why standards such as SMARC 2.0 exist. They are the only way to bring together different hardware components without complications, which is enormously important for products to be user-friendly and fit for the future.

SMARC – The Standard for Computer on Modules

High-performing and connected mini-computers, so-called embedded systems, have already been in industrial, corporate, and private use for some time now and have been essential for many IoT applications. They are at the same time extremely small, very robust, and high performing; they collect, analyze, and interpret data to identify optimization opportunities and thus contribute to corporate success. Embedded systems are often based on the Smart Mobility Architecture – short: SMARC –, a standard for Computer on Modules (COMs). SMARC is relevant for a wide range of use, from automation solutions to graphic and image-centered devices that need low energy consumption and the ability to endure extreme environmental conditions. The modules are also used as building blocks for very small hand-held devices as well as for larger terminal devices which must deliver exceptional performance on only a few watts. SMARC`s possibilities range from industrial production to smart phones, tablets, and advanced human-machine interfaces. And it will develop further.

Only three years after the first SMARC version, this year has already seen the introduction of the final version 2.0 by the SGET (Standardization Group for Embedded Technologies e.V.). This is not a coincidence as the SMARC standard has in only three years proven to be the innovation driver in the ultra-low-power embedded market. But what exactly makes the new version better than its predecessor? 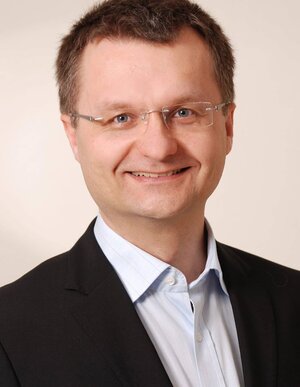 „SMARC 2.0 enables manufacturers to develop long-living products for the IoT applications of the future”.
Martin Unverdorben, Product Manager SMARC at Kontron, Chairman of the SDT.01 in the SGET

The specifications of SMARC 2.0 mainly offer an improved pinout. Furthermore, the processor interfaces – which harmonize with the original Standard Set from 2013 for low-profile form-factor modules – have been improved. The 314 SMARC connector contacts now have to be compatible not only with ARM but with x86 architectures as well – two very different processor architectures. Take ARM as an example: The connector must support a parallel TFT display, MIPI display interface, camera interface, multiple SPI connections, and SDIO interfaces. At the same time, it must be compatible with x86 requirements, offer several USB and PCI-Express lines, and many more features.

This is why hardly used and partly outdated interfaces have been removed, including the Parallel Camera Interface, Parallel Display Interface, PCI Express Presence and Clock Request signals, Alternate Function Block, SPDIF, one I2S (out of 3) and the eMMC interface to the carrier. 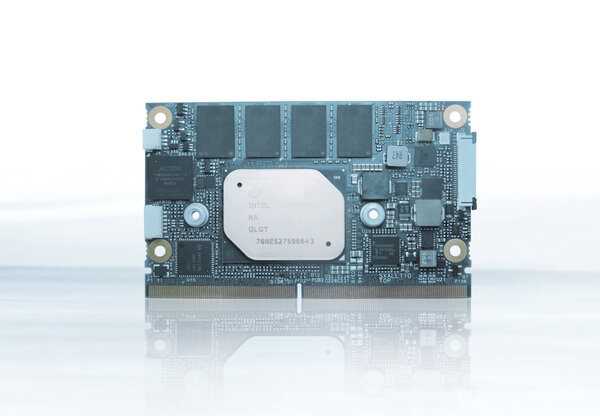 The SMARC-sXAL Computer On Module is based on the latest Intel processor generation, optimized for the IoT, and offers maximum graphic and processor performance.

SGET has developed the SMARC specifications based on feedback from the market. The goal during this process was to create a new pinout version while at the same time ensuring the highest possible compatibility with the V1.1 pinout. To achieve this, selected, rarely used V1.1 pins were repurposed for SMARC 2.0 to recognize new interfaces. The guiding principle was that there should be no damage if a V1.1 conformant module is built into a V2.0 conformant carrier, or vice versa.

SMARC Is a Living and Breathing Organism

SGET has recognized as early as 2012 the need for a dedicated ARM COM standard due to the fact that the different interfaces in ARM and x86 often require specific implementation and new chipset interfaces need a future-proof pinout. Working together with Kontron and other companies, SGET has reacted within only two months and established SMARC in early 2013 as the first global embedded standard.

This quick development cycle and the unusually fast market acceptance show the pressing customer demand. And while SMARC does not have to shy away from comparisons with older form factors, a standard has to be alive. It has to keep up with our industry`s pace and react to new market requirements. This is why the SMARC specifications update is but the latest step on the development ladder. SMARC 2.0 will, without doubt, be the foundation for many pioneering and highly developed applications in the coming years. Kontron is determined to retain its top position with SMARC innovations. We have already announced our first SMARC 2.0 Computer-on-Modules based on the latest generation Intel processors and we will launch even more SMARC 2.0 products in 2017. They will be, like all current Kontron embedded boards and controllers, Internet of Things ready and benefit from deep software integration.