​Stayin’Alive:  The winds of change keep Qseven COM in demand 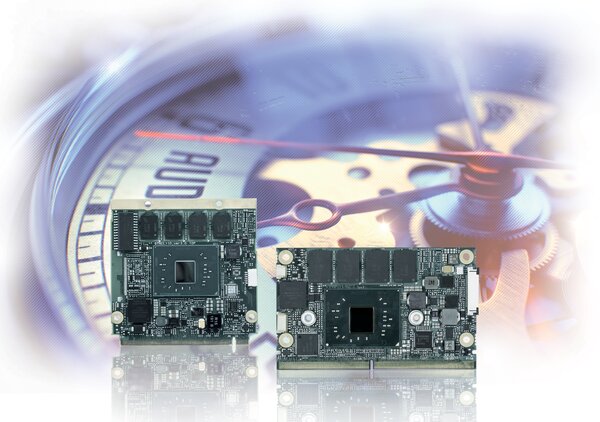 Agreeing on who’s the best or most famous film or pop star isn’t easy. Take “A Star is Born” as a current example: Lady Gaga is awesome in the lead role but then again many will argue Streisand was as good or better in the previous version - she did win an Oscar after all.

Deciding on who’s the best standard small form factor Computer-on-Module (COM) architecture can be equally emotional for embedded designers and developers. Let’s face it, these types of COMs are all in big demand already and the huge impact of the Industrial Internet of Things (IIoT) will see their popularity skyrocket.

They’re at the heart of enabling numerous applications, from factory floor to infotainment, transportation and medical devices. Not only must they be very small, thin and lightweight but also robust and low in power consumption. At the same time they must have sufficient space to accommodate the necessary processors and memory while offering multiple interface options for peripherals, connectivity, graphics, camera, audio, and more.

So, which small COM would you induct into the ‘Hall of Fame’?

Like COM Express Mini, Qseven enjoys a large, loyal worldwide ‘fan base’ with an enviable reputation for technology availability and reliability. It was launched in 2008 and with COM Express Mini following closely behind in this specification two years later. SMARC, by comparison, is the new kid on the block only arriving on the scene in 2013.

For designers and developers focused on both x86- and ARM-powered applications this probably means choosing either Qseven or SMARC  as COM Express Mini is purely x86 based. Interestingly, Qseven was originally designed for x86 and evolved slowly to also encompass ARM, whereas SMARC has done the exact opposite.

The choice is yours

With youth on its side SMARC undoubtedly has much to offer, especially when starting with completely new non-legacy applications. It has more pins too – 314 compared to Qseven’s 220 - which may or may not be necessary when it comes to the number of interfaces that need to be connected. There again, Qseven’s pin density makes it ideal for edge and highly embedded industrial applications. It also provides customers with maturity and continuity thanks to its large, diverse installed base and devoted developer ecosystem.

These factors, combined with the recent availability of a new wave of NXP i.MX7/i.MX8 and Intel processor module options, offers good reasons for developers and users sticking to a COM architecture they know and trust. Qseven’s star is far from fading.

Many legacy programs continue to opt for Qseven COM modules for upgrades or tech refreshes. This is where reliability and technology familiarity are top priority. With many applications it just isn’t cost-effective, practical or technically necessary to replace it for the promise of a higher performing form factor. Existing users, already in possession of carrier boards, power supplies and displays for their embedded products can be assured of a straightforward upgrade path, taking advantage of the latest x86 and ARM processors supported.

Traditionally, Qseven is characterized as the small form factor COM best suited to deeply embedded industrial designs for use in harsh environments, whereas SMARC’s superior graphics interface attributes have so far made it a more natural choice for feature rich multimedia applications - such as infotainment and real-time signage.

But then SGET went and released Qseven version 2.1 two years ago. This updated version of the COM architecture addressed support for the latest high speed buses such as USB, SATA, Gigabit Ethernet, Display Port and LVDS.

Since then, new processor variants have emerged; for x86 the entire range of Intel's latest IoT-ready embedded processors including the Intel AtomTM processor E3900 series, as well as Intel Pentium® processor N4200 and Intel Celeron® processor N3350. This offers the potential for high computing performance and graphics-intensive applications.

And for ARM, the latest NXP i.MX7 processors; delivering improved efficiency over i.MX6; for ultra-low battery powered applications such as smart phones and tablets and embedded routing and gateway devices in IIoT environments. Furthermore, with i.MX8X soon due for release ARM developers using Qseven COMs will have access to processing performance comparable to that of the Intel AtomTM, and much improved graphics capabilities.

Ideally complementing its SMARC and COM Express ranges, Kontron recently became one of the first to offer Qseven modules featuring the latest i.MX7 processor - as well as new x86 solutions and an Evaluation Carrier. This means our customers can enjoy a seamless ‘one stop’ experience.

As with all current Kontron embedded boards and controllers they are IoT-ready and benefit from deep software integration.  A further advantage for developers is the integration of Kontron’s standard hardware-based embedded Security Solution Approtect; Kontron is the first ECT manufacturer to offer full security protection embedded in its COM and motherboard offerings.

Without doubt, Kontron’s extensive support, long-term product availability and proven reputation as an innovator and 'standardiser' of COM modules will help ensure the Qseven form factor stays fit and healthy!

So, who’s your favorite COM star?