CeBIT goes Hip – did it achieve that in its second year? 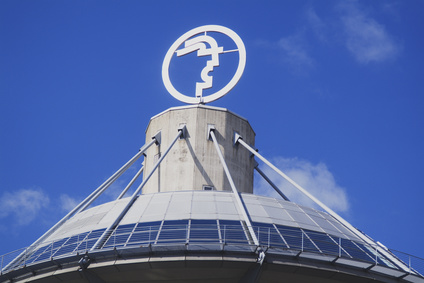 CeBIT - a must for many customers, colleagues , as for ourselves for over 30 years. A cornerstone – or a dinosaur? The dwindling numbers of visitors and exhibitors in recent years gave us an inkling of this. Things could not go on like this and many people I talked to predicted year after year "This will certainly be my last CeBIT". But for now, there`s life in the old dog yet. After all, this is the leading German IT trade fair with branches in many countries.

New concept put to the test

Now those responsible have taken first measures and fundamentally changed the concept. CeBIT is supposed to become THE new, hip business festival. Did it achieve that? Opinions differ.

While last year's "old" CeBIT attracted around 200,000 visitors, this year's attendance was only 120,000, including concert audiences. Mando Diao and Jan Delay have certainly attracted some 1,000 spectators, who are also included in the statistics. But that has always been the case. Just think of the armies of school classes, which on some days made it almost impossible to make one`s way through the exhibition halls.

But is the dwindling of exhibitors and trade fair visitors really so relevant for the success of a trade fair? Apart from the trade fair company? Exhibitors often see things differently. Because technical discussions also often get praised at smaller trade fairs. And less visitors means more time for discussions. Well, that's a start. And whether the trade fair company promises a colourful array of events and whether the stands in the halls still look somewhat old-fashioned .... who cares? We should give CeBIT another chance, because it is certainly courageous to change the concept so seriously and to simply restart. Few will remember „Systems“ in Munich, which did not even try to change anything, but disappeared from the scene without a trace.

So continue with CeBIT?

The concept certainly needs further refinement and the well-received conference programme needs to be expanded. Let's see what next year will be like. The date, 24 to 28 June 2019 has already been set.

Feedbacks are yet diverse. However, discussions with customers and journalists were more intensive than in previous years. What more could you ask for? It will become apparent how successful the talks were when the leads have been evaluated and the order books have to be filled. Foremost, the exhibitors will be decisive for success or failure of the fair. I'm definitely curious to see how it goes on and I'll note down the new date in my calendar. My last CeBIT has yet to come - I think?

Therefore: Dear CeBIT - good luck and success! I'd kind of miss you.

What was your impression and opinion of this year?