A SMARC move – With the release of the SMARC 2.1 module form factor specification, what does it mean for embedded systems designers and developers? 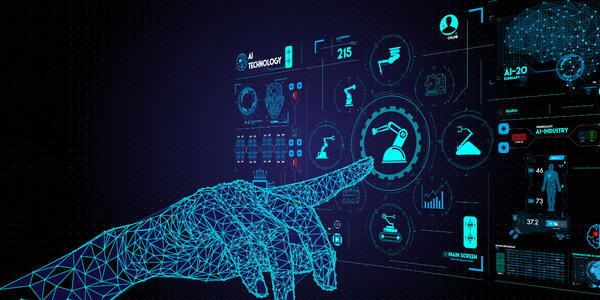 How time flies. It seems like only yesterday that SGET (Standardization Group for Embedded Technologies) introduced Version 2.0 of its SMARC Small Mobility Architecture (SMARC) module. In actual fact that was four years (2016) ago and now the increasingly popular form factor for Computer-on-Modules (COMS) has received yet another update. So why exactly has SGET released SMARC2.1, its third iteration of the standard since original inception in 2013?

To find out - and whole a lot more – who better to ask than Martin Unverdorben, Kontron product manager SMARC and chairman of the SDT.01 (the SMARC specification group).

Why has there been a further update for SMARC module?

MU: The introduction of the SMARC 2.1 module specification in March really highlights SGET’s responsiveness to ongoing technological developments, not to mention the changing requirements and priorities of embedded systems developers and system integrators (SIs). The SMARC 2.1 module update is therefore intended to ensure that embedded solutions addressing the hyper-connectivity demands of the IoT/IIoT remain as future-proofed as possible.

What are some of these IoT/IIoT demands?

Can you expand on how the SMARC module is continuing to evolve?

MU: SGET is committed to SMARC module always being fit for purpose, allowing system designers, SIs and OEMs to meet the current and future challenges of developing cost-effective next generation IoT- and AI-enabled embedded systems. With this, SGET is highly focused on ensuring the standard keeps pace with the speed of change that characterises the embedded computing technology industry. The latest SMARC 2.1 specification revision will therefore be just the latest step on the development ladder.

What kind of applications is SMARC module best suited to? MU: To respond to the latest market requirements - just as the release of the SMARC 2.0 specification did four years previously.  Back then it was necessary to address the growing requirement for IoT connectivity and to bridge the gap between the specific interface requirements of ARM and Intel processors. It therefore offered an enhanced pinout to the original version while ensuring as much compatibility with the V1.1 pinout as possible.

Please can you highlight what’s new and what’s changed with the new SMARC 2.1 specification?

MU: SMARC 2.1 module introduces a number of additional features as well as a few revision enhancements to the previous SMARC 2.0 module specification.

Most notably, SerDes signal support is a new feature for providing additional Ethernet connectivity. This allows two of the four supported PCIe lanes to now be used as Ethernet ports. Another new feature is 14 GPIOs instead of the previous 12. Having two more generic GPIOs will further increase the capability and use cases for the module.

MU: This responds to new processor developments such as those by NXP and soon Intel. These accommodate various functions on their high speed serial I/O lanes. SerDes support offers greater flexibility for high speed data transmission by allowing the use of previously unavailable interfaces. In addition to the existing two Ethernet ports provided, developers and SIs can use two of the four supported PCI Express lanes for further Ethernet connectivity Or other high speed signals, that are supported by the used SOC.

Why is there now an additional MDIO Interface included?

MU: A further MDIO interface has been created from previously reserved module pins for configuring PHYs on the carrier. For example, one of Kontron’s latest SMARC 2.1 module versions can provide up to six Ethernet ports by utilizing the additional interface for connecting a Quad-PHY on the carrier.

What else is new?

MU: Additional power and a new sleep domain now make it easier to address low power modes. This development also allows better utilization of the sleep and standby features for optimal energy saving. The PCI Express Clock Request Signals included in SMARC 1.1 and subsequently removed in 2.0 have also been repurposed - for powering down PCI Express interfaces to save energy.

SGET has also added more camera interfaces by including CSI 2 and 3 on an additional connector. This now allows up to four camera connections for addressing the growing array of industrial and non-industrial AIoM (artificial intelligence on module) applications. All four camera interfaces can be used in accordance with MIPI CSI 2.0 and 3.0 specifications.

MU: There have been a few changes and refinements, for instance, the fill order for MIPI CSI has been revised. It will assist module manufacturers decide which camera to use when the selected processor only offers one CSI interface. The new fill order is CSI1 first, then CSI0.

The JTAG connector has been replaced by a smaller version to simplify integration – the previous one was overly large. And all necessary information detailing pin number descriptions, electrical characteristics, power domains is now more concisely presented in a single table.

What is Kontron’s connection with SMARC?

MU: Kontron is, and always has been, a significant and active contributor to the standard, ensuring our leadership position as a provider of highly innovative SMARC module solutions.

We were first to market in 2013 with SMARC modules. These enabled developers to begin work immediately on engineering innovative ultra-low power devices. Then a year later Kontron introduced the world’s first ultra-low-power SMARC Computer-on-Modules with Intel® Atom™ processors E3800 series. This was significant as at that time only ARM processors had been available. We opened up completely new possibilities for developers in terms of the form factor’s scalability, software re-use and compatibility

Are there SMARC 2.1 COMs already available? 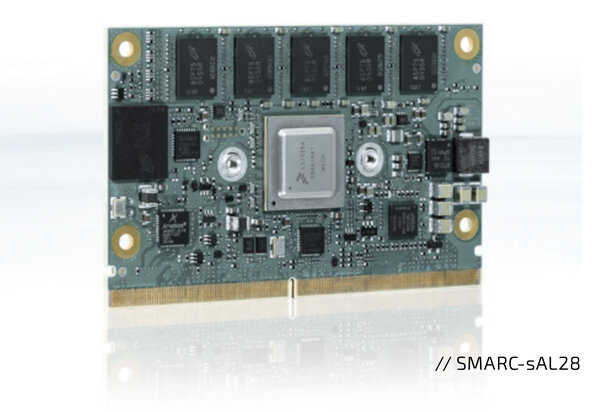 How has the market responded to SMARC 2.1 so far?

MU: Extremely positive. Their small footprint, high flexibility and cost-effectiveness look certain to ensure SMARC modules continue to make a significant impact on the market. Kontron’s established range of SMARC module COMs including those based on the latest 2.1 standard are already at the heart of a growing number of scalable, high-performance IoT/IIoT embedded computing solutions – from Factory Automation, Communication and Transportation to Medical and Point of Sale. As with all Kontron embedded boards and controllers, these are IoT-ready and benefit from deep software integration, extended lifecycle, and global technical support.

MU: The IoT/IIoT - and increasingly AI – opens up many new possibilities for embedded computing solutions. The latest SMARC 2.1 module ensures developers and SIs can be totally confident in taking full advantage, thanks to the increased connectivity options as well as additional performance and functionality available - to find out more information take a look at my latest white paper on SMARC developments. It’s an exciting journey ahead and Kontron will be there with them every step of the way.

Well, what else would you expect from a world leader?