Why we should not bemoan the loss of 2G

When I was still a quite small boy my grandfather gave me an old radio. This one was still using vacuum tubes and was of course only mono. There were just a handful FM (UKW) stations at that time, but I really enjoyed the gift. Today I’m using an internet based “radio” and might listen to thousands of radio stations worldwide in high quality stereo. While writing this I listen to a station from another part of Germany I would never be able to listen in FM (UKW). So why should I complain on the technical developments? For no reason, even so from time to time I still use the old radio and already fear the time when FM will be switched off. But I see this as a weakness which is an implication of my present age. I hoped never to see this weakness in technical argumentations so far. But I learned the hard way: I was wrong.

Why use a slow connection if we could have a faster one?

When I met with bigger suppliers to mobile communication modules, I always hear similar stories for a year already: Current users of the now already 20 year old second generation mobile communication technology (2G/GSM) report unexpected link issues. In several locations the fixed installed units simply stopped working. They were working for years without any issues and replacing some components has no effect. After several debugging sessions the result is quite surprising: In-house 2G coverage was simply gone. So they need to add cabling and outdoor antenna. No one will make this official or even a bit more transparent, since important installations are depending on a network with an inherent EOL date. In Germany it is quite complicated to get an allowance for building a new base station. Once you have it up and running: Wouldn’t you try to increase the earning done there? Or try some educated guessing: Do you earn more on a slow data connection or on a faster on? And also from a personal point of view: If I look for a new carrier I’m checking for the available data rate in my area. So with LTE (100MBits/s) they might get me. For sure they won’t catch me with GRPS, a data rate that is more than 1000 times slower. 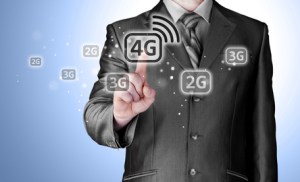 Look ahead! A better offering or more convenient usage always succeeds in the end!

So like all former technology also 2G will be replaced by a more modern one. But I still have discussions with customers on saving 5-10€ by using a cheap 2G (GPRS) module instead of a more modern one. And if I try to explain the situation the reaction is always similar: There are too many installed units, therefore they (never a name so I assume the public listed MNOs) will continue to lose money on 2G. This reminds me on two historical statements: “There is no market for computers” and “Analog TV will never be switched off with all the TV-Sets in field”.

All this is showing a great misunderstanding on the path technology evolves since the old Egypt’s. Better offering or more convenient usage always succeeds in the end.

We will see that MNOs start to famish the 2G network by retrofitting base stations to newer generations like 4G or later 5G. How will you face this situation?