When I was in Mumbai I learned that in some areas there is no tap-water for some hours each day. People, who can afford it, can buy a tank with fresh water outside for the day. Or at least this was my understanding from what the guide told us. When I look at the discussion on smart meters in Germany in the light of situations like this, I wonder, how our future will look like. Will the access to electric power also be restricted for Germans who can’t afford to have a high class all-day-access-electricity-rate? Will some people only be able to wash their laundry in the night, because day washing will be too expensive? What a creepy prospect, but nothing new: one in six people worldwide lack access to electrical power.

What are Smart Meters?

So-called smart meters are considered as one of the key technologies of the energy transition. They shall help to accurately represent and optionally even control energy consumption, depending on the range of produced wind or solar power. In this way, providers can adjust electricity production to actual needs and manage fluctuations in their networks. Stations for electric cars or night storage heaters shall be used, for example, to store energy. Consumers shall benefit from having electricity rates that can be adjusted flexibly. 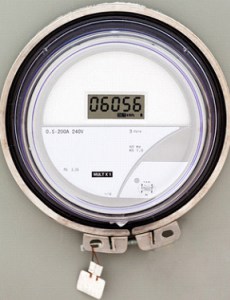 Although their installation in new and renovated buildings is a statutory duty since 2010, intelligent digital energy meters are – in contrast to other European countries – still a scarce good in Germany. According to the EU, 80 percent of the Europeans shall be equipped with intelligent metering systems by 2022. But there are still no clear guidelines. Only in pilot projects such as in Mülheim an der Ruhr, the power company RWE has tested smart meters in all 100,000 households.

Smart Meters: Lack of Acceptance and only a little saving Potential?

In 2012 consumer protectors in Germany have pointed out the lack of acceptance and low saving potential of the smart meter pilot project in Berlin, where ten thousand smart meters were installed. After installing the devices, the tenants had shown little interest in their consumption data. Especially for tenants in flats the options to save energy are “relatively limited” anyway, noted the consumer protectors. And this is absolutely true: A “normal tenant” could hardly operate a washing machine in the night, in which the energy could be offered cheaper.

Security should not really be an issue. We at Kontron could deliver adequate Gateways and meters are available on the market. Readymade security and safety solutions are standard in many areas already. Instead of reinventing the wheel again and again through centuries of consortium discussions that result in creating an expensive solution that no one really wants,  we could implement a cost-conscious solution quickly if we simply look at the best ways to maximize today’s standards and technology.

What about you? Have you similar concerns over smart meters or am I wrong?