The 4K Promise Land: Why HEVC 4K Video Will Be a Revenue Differentiator

Despite all the industry naysayers and complainers, all the technical and business roadblocks and ‘missing pieces’ to the puzzle, production grade 4K service roll-outs are well rolling. Why? Even after a disappointing 3D TV hype blip, consumers clearly are willing to pay (up to a point) for a more immersive viewing experience.

In addition to movies and specialty TV programming, the most immediate driver for ultra-high definition (UHD)/4K are live sporting events. Case in point, this week Ericsson and BT just announced an agreement to launch three new sports channels this summer, including one BT Sport UHD – the first for the UK – to broadcast soccer matches from the UEFA Champions League and the UEFA Europa League.

Across the English Channel earlier this month the 2015 French Open tennis championship was streamed in 4K by France Télévisions in partnership with FRANSAT, the French DTH platform operated by Eutelsat, with HEVC video encoding handled by French-based Thomson Video Networks. 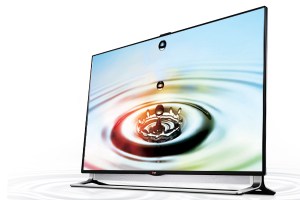 Why? The goal of broadband and Pay-TV providers alike is to attract new subscribers with higher-quality service over current high-definition footage and make it a key differentiator. Even if 4K content and revenues are small they are growing and it is more a question of ‘when’ rather than ‘if’.

OTT players are getting in on the action too with their own 4K file-based content and services such as from Netflix, Sony, M-Go, Amazon, Comcast, and YouTube. Interestingly, the revenue is between 2x and 3x more than that of HD content, according to Avni Rambhia, Principal Analyst Digital Media, at Frost & Sullivan, during a Streaming Media panel session this month. And the subscription costs are around $25 to $40 for 4K live VoD for pay per view sports and cultural events.

There are few different roads to the 4K promise land but one of them is via high efficiency video codec (HEVC) which technically delivers higher resolutions at lower bandwidths. In Rambhia’s talk, she carefully outlined the HEVC value proposition, which will help lower the overall CAPEX and/or OPEX for the same volume of content, and has shown early signs, for example, to cut Greenfield DTT transmission infrastructure costs by as much as half.

But even then, what is stalling the ROI is the lack of 16+Mbps (25 Mbps is ideal) bandwidth to end users outside modern urban areas. But perhaps this too will change. Cisco in its Visual Networking Index calculates that broadband speeds will triple, from 16 Mbps to 42 Mbps average peak speed, by 2018.

So the need to innovate and find greater efficiencies is great, as much is at stake to better monetize video – from acquisition, transport and delivery. This is where Intel and Kontron are contributing to this goal by enabling vendors to build more space-efficient, power-efficient and low latency real time HD and 4K encoders based on Intel CPU/GPU silicon.

At the recent NAB Show, Kontron demonstrated a live 4K HEVC demonstration with partner StarTimes, a digital TV broadcaster, using their HEVC implementation in combination with the Intel Media Server development kit to achieve two(2) 4K streams @ 60fps on a Kontron commercial-off-the-shelf (COTS) 2U platform (SYMKLOUD). While this was based on the Intel Core i7-4860EQ with the GT3e Iris Pro processor, the next gen Xeon® processor E3-1200 v4 series, with integrated Intel® Iris™ Pro graphics P6300, should bump this by another 20%.

This improvement also applies to the slightly more commoditized delivery of HD content. SYMKLOUD typically now supports up to 180 HD 1080p, 30 fps streams per 2U, now expected to ramp up to 216 HD streams using the Intel E3-1200 v4 processor. Or, if you will, this can represent an astounding 4,300 HD (1080p, 30 fps) of simultaneous live or ‘on-demand’ video streams in a single rack using 20 SYMKLOUD platforms (assume remaining 2U for TOR switches).

All this to say that, as the industry looks to transition SDI to IP where it can, moving a video provider’s operations to an IP infrastructure based on x86 Commercial Off-the-Shelf (COTS) equipment changes the choice in suppliers and a cost structure that improves from an economy of scale that is way better than what was previously offered.

And 4K HEVC is next. While there is no denying that the entire effort and cost for 4K mass adoption is a way off but – ready or not – it is coming.

What is your 4K story? How do you see HEVC transcoding solutions transforming in the next 2 to 5 years? How high a priority is your 4K service deployment?