Is Cloud Computing really the next BIG Thing?

The impact of cloud computing will grow during the next years as more and more cost saving effects are unleashed and security problems solved. Experts predict that cloud services might be a commodity soon – and that a substantial change in telecommunications will bring cloud and network even closer together.

Although German companies still tend to be hesitant towards Cloud Computing because of security issues, there is no turning back from this technology. Today private cloud is still the dominating concept for company IT, but this might change during the next years.

Internet of Things (IoT) and the Cloud

Machines and things will soon become part of communication networks – they might well be included in unified communication and collaboration (UCC) architectures. These applications are increasingly run in the cloud. But there are other aspects as well, like the acquisition of computing power for the ‘things’ in the internet of things: Author and Blogger John Dodge has developed some visionary ideas about cloud computing in 2020.“One machine determines that it needs to acquire more compute power to complete its work. It makes a ‘deal’ to go out and acquire that compute power, uses it, and gives it back to the grid. Or, on the flip side, a machine that knows when it can stand idle and rent its own power”, explains the author.

Dodge predicts that IT and the energy sector will have certain analogies and cloud computing will result in a computing grid a bit similar to the new utility grids. Large companies might still have their datacenters for some services. “However, with security more robust, I think that corporations will make available their own computing resources as much as they consume cloud resources – just like some households generate their own electricity and sell it back to the grid. I think Cisco’s Intercloud concept has an angle on this”, writes Doge. The reselling of energy is also becoming a strategy for companies in the turnaround in energy policy – so why indeed should this not be a suitable model for computing? “Raw compute power becomes more and more of a commodity as portability improves; meaning downward pressure on IaaS prices will remain to some degree”, predicts Dodge. 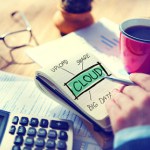 The proliferation of the cloud is accompanied by the need for ultra-broadband networks. Software defined networking (SDN) and network function virtualization (NFV) will contribute to the “softwarization” of telecom infrastructures, as Antonio Manzalini, senior manager at the Innovation Dept. (Future Centre) of Telecom Italia, puts it. SDN liberates the software on the control plane from hardware like routers and switches.  The control software can be executed in the cloud or other processing resources. According to Manzalini an important step will be to virtualize the middle-boxes deployed in current networks, i.e. WAN optimizers and firewalls. “Virtualizing these middle-boxes network functions allows for considerable cost savings, and this is where NFV plays a role: virtualized network functions can be dynamically deployed and moved to various locations of an infrastructure where processing power is available, not only distributed into the network but even into the cloud”, says Antonio Manzalini.

The Cloud becomes the Network

This would have an interesting effect: “In the long term, the distinction between the network and the cloud is likely to disappear, as more and more functions will be performed either in the network or in the cloud depending on the performance requirements and costs optimizations. The control and orchestration capabilities will be the key factor for success in taming the complexity of an infrastructure executing millions of software transactions or service chains”, states Manzalini. Software-defined operators could be the new model in telecommunications. The expert suggests that cost reductions of 40 to 50 per cent energy savings and – because of automated processes – around 35 per cent in operational expenditure could be achieved.

What is your opinion on Cloud Computing? Is it the next BIG Thing or just a Hype?